Stay in the loop

Netwhois. logfilerotate. logfileradius. What do these three things have in common? They were all written in Perl by Paul Gampe to solve problems faced by ISPs in the 90s. Those are problems he would know about, being the man who connected Japan to the internet. 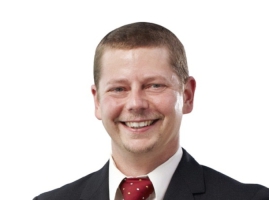 Paul Gampe’s dinner talk is entitled “The Rise and Fall of Perl: Lessons for Python from an old Perl guy”. Paul will share war stories from his long career in open source software, illustrating how Perl got big by being the language of choice for solving a wide range of software problems. Paul believes that Python now fills that role, and sounds a cautionary note, warning that “If you forget where you came from, you might wind up like Java”.

He will also draw on experience gained through his involvement with Open Source Industry Australia (OSIA), especially in preparing a response to the proposed Trans-Pacific Partnership. Paul knows first-hand about the need to be ever vigilant of the complexity of these multilateral agreements that have immense challenges for an economy such as Australia’s, which needs to preserve the existing flexibilities and freedoms Australians enjoy under our own legal frameworks.

Paul Gampe currently directs information management, security, applications and software development, communications technology and service management for Australia’s leading Data-Centre-as-a-Service (DCaaS) provider, NEXTDC Limited. Before that, Paul was Vice President of World-Wide Engineering Services and Operations for Red Hat, where he directed a global function delivering software engineering services and pioneered development of Red Hat’s Asian language products. You might have seen him at linux.conf.au talking about how to make money from open source software.